It was in late 2001 that I found out my older brother had been diagnosed with cancer and not given a good prognosis.  He was told that his chance of achieving a mere 5-year survival with conventional treatment was only 50-50.  (And that was survival, not cure.)  For my brother’s type of lymphoma cancer, neither surgery nor radiation would help, and he dreaded having to do chemo. 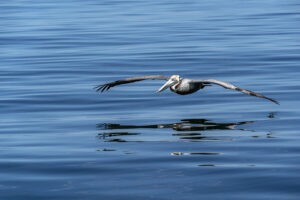 Immediately, I started spending long hours searching the Internet, reading books, and even calling cancer survivors who’d used alternative methods to see what I could find that might work for my brother other than chemotherapy.  What I found was much more than I expected.  I discovered there were many successful non-toxic methods out there that had been used by countless cancer patients to cure themselves.  Needless to say, I was stunned!  My brother immediately started using some of the approaches I had discovered and, later, I compiled what I’d learned into my first book, titled Outsmart Your Cancer.  That book, which came out in 2004, is currently in its 3rd Edition, almost 500 pages long, and still selling well.  (For more information, visit OutsmartYourCancer.com.)

But long before I was a cancer treatment researcher and author, I was an animal rescuer.  In fact, when I was about 12 years old, the subject of what a person would want written on their tombstone came up and I immediately thought of the words, “She Helped Animals.”  That was all anyone needed to read on my tombstone to know about me as far as I was concerned at the time.  As a young girl, I helped take care of a menagerie of animals in our large back yard that included a monkey, rabbits, ducks, desert tortoises, dogs, cats, and a seagull that couldn’t fly.  And I even fed very smelly squid to a young sea lion that had been beached which my family brought home to nurse back to health with the help of our vet.  When I was old enough to drive, I often stopped for stray animals and picked them up whenever I could to help find their owners or a new home if need be. There were other adventures with animal rescue groups over the years, too, including when I volunteered to drive injured pelicans on a regular basis to a marine rehabilitation center in San Diego.

Of course, after my first book came out in 2004, I was always on the lookout for alternative ways to help animals with cancer.  I had already become familiar with at least a handful of non-toxic approaches that had worked well for some pets, but could not find enough details about how to use them for consistent results with a lot of pets, nor could I find enough case stories to write up for credibility.  Luckily, by 2019, one alternative approach stood out above the others for animals.  In fact, it had virtually exploded on the Internet with pet recovery cases.  It was the Native American Herbal remedy called “Essiac” that I had known about for years and now would finally be able to get enough real-life stories associated with it to produce a book about treating pets with cancer.

Outsmart Your Pet’s Cancer has helped me to fulfill a dream of mine from long ago—that of helping animals.  Though no treatment for cancer (conventional or alternative) has a 100% cure rate, my hope is that many readers will see their pet achieve a real cancer recovery through the use of Essiac after reading this book.  This would not only be a blessing for those pets and their owners, but it could also help dispel the myth that cancer can only be cured by using harsh, toxic treatments—which is a false medical paradigm that must be changed.